Chest is probably the most popular and favored muscle groups for people to work on in the bodybuilding community.

It’s the stuff of legends such as Arnold Schwarzenegger and Jay Cutler. Two of bodybuilding’s most iconic and recognizable faces.

And this muscle group has gained such popularity for good reason. There are few things more immediately noticeable or that says power than a strong but wide chest, and it’s just that simple.

Yet, many beginners (and even some seasoned ‘veterans’) just don’t know how to tackle this muscle group effectively.

What looks to be just a giant yet simple mass of muscle is actually quite complex once you consider all the different angles you can tackle it from.

But fortunately for you we’ve prepared a special list of beginner-friendly workout chest-specific workout programs that’ll help you get started in the right direction.

It isn’t as simple as just mindlessly loading up plates on a barbell and then going crazy at it with the bench press!

So this first section will be focused on your upper chest muscles more than anything else.

Mind you that this does not mean that we are neglecting the rest of the chest. It only means that we are going to be concentrating on this more than others. You will still be getting a ‘whole chest’ workout.

And if you’re wondering as to the reason why we are splitting things up like this, it’s because the chest as traditionally been thought of to be comprised of three separate ‘sub-groups’. Upper, middle, and lower…obviously. So there’s already a simple split for you to perform.

Now that you’ve understood some more of the foundational knowledge let’s get to the routine itself.

Obviously, this one is not terribly ‘heavy’ in volume. Although, the rep ranges do put you towards the strength curve as opposed to the muscular endurance or the hypertrophy range even. However, that last part may be debatable since several of our exercises do give you the option to cross well into what would ‘normally’ be considered hypertrophy range territory, and depending on who you ask the hypertrophy range itself may begin at different rep counts.

But those are largely semantics at this point. What is important is that with this workout we will be pushing your upper chest quite nicely but not extraordinarily so.

However, as I mentioned earlier there are three sub-groups to the overall chest area, and we’ve only covered one of them. The upper chest…we will now go to the middle chest area.

So the mid chest is what most people would consider to be ‘stereotypically’ chest. It’s got all the ‘classic’ exercises that you would first think of when you think of a gym or of weightlifting or of bodybuilding…

As you can see, this is hardly much different from our upper chest workout. And for good reason too. Since this is a beginner program we do not yet need to throw in the quick-paced changes that you need to add into a more advanced program or for a more advanced lifter. Right now, your body will respond positively enough to what’s on the table. You can use one of these weight bench machines in order to start with the chest workouts.

And in case there’s any confusion, the pushups are just ‘normal’ flat pushups on the ground. They are not incline or decline. Just lying straight there flat on the ground and pushing up and down.

Alright, now we’ve covered over two out of the three sub groups. One more to go, but this one is actually the hardest one to tackle due to lack of equipment well-designed for it.

I am, of course, referring to your lower chest.

Now we get to the ‘fun’ part in a manner of speaking.

It’s ‘fun’ because lower chest muscles are somewhat difficult to target due to the fact that they require a negative/decline angle, and that many gyms do not carry much in the way of equipment that can address this issue.

Let’s just take, for example, the most ‘basic’ of all lower chest exercises…the decline bench.

Whether it’s done with a barbell or a dumbbell or some other alternative is largely beside the point, because oftentimes you may be at a gym that doesn’t even have a decline bench in the first place!

This is particularly annoying once you realize that the same cannot be said of the upper chest equipment. Virtually, all benches can adjust themselves to an incline/upwards angle, but not the other way around.

And when you are stuck without a decline bench it limits your possible range of exercises to what you can jury rig off of a cable machine and possibly dips as well. Some other possibilities exist as well, but you see the inherent difficulty in all of this right?

Anyways, let’s just get started with our workout.

Alright, you know the drill by now. It’s basically just the same workout as the other two, but focused on your lower chest muscles with decline bench exercises instead.

Now as I mentioned earlier there may be some of you who won’t have steady and reliable access to a decline bench…but that’s OK!

Because you can ‘jury rig’ these exercises by simply performing them on a cable machine and starting with the cable handles high and pushing/pulling them down.

By no means is this a preferred method to the original workout, but if you have no other choice it can work. 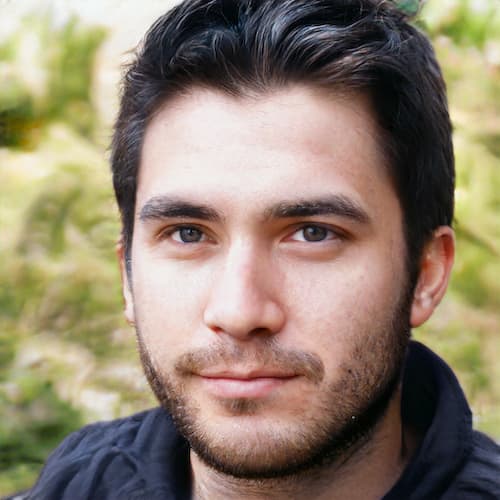 My name is Hayden - fitness freak by choice. I intensively study and write about nutrition and health related topics. After reading and researching intensively on human health, I aspire to proliferate the wisdom that I acquired in a simple way.

Do Professional Bike Racers Use Stationery Bikes/Spin Classes as Part of Their Training Regimen?

Training for a competitive cycling event is different than working out in a... Read more

Are you thinking about starting a new home fitness routine? There are many... Read more

How Many Pushups Should I Be Able to Do to Get an Incredible Results?

If you are looking to buff up and get your ideal boy, you must include... Read more

Inversion therapy is a technique where you are suspended upside down to... Read more

How To Do Leg Press Without A Machine? 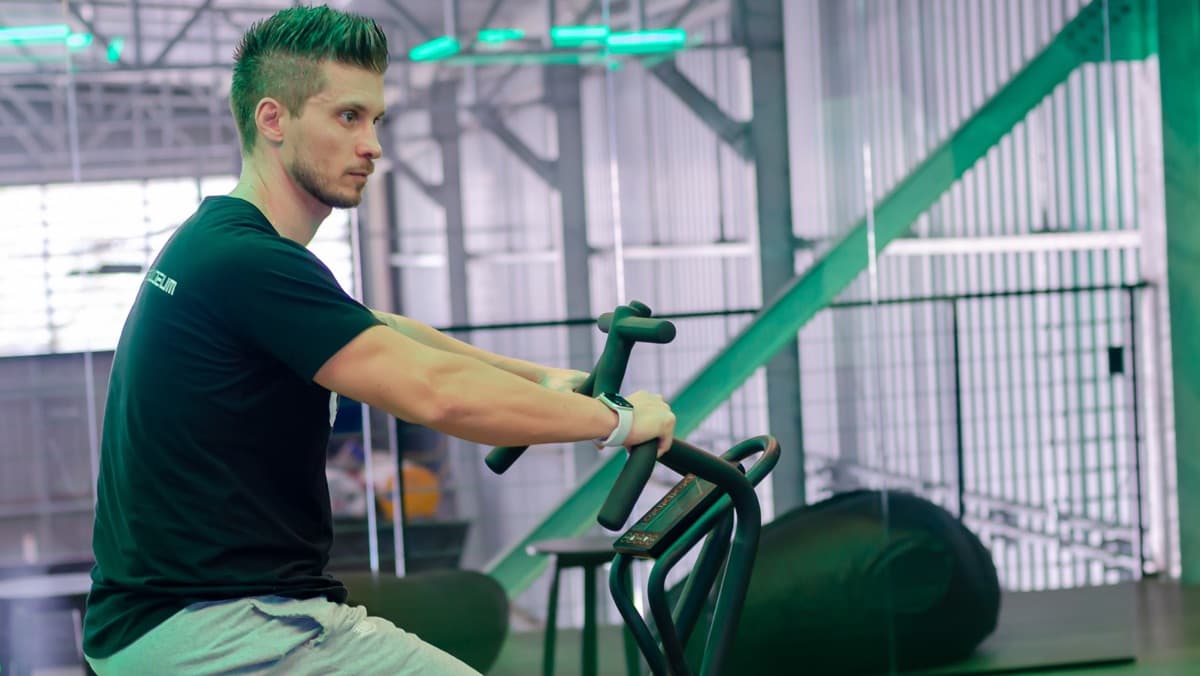 There are numerous benefits of using indoor spin for a workout. We have... Read more 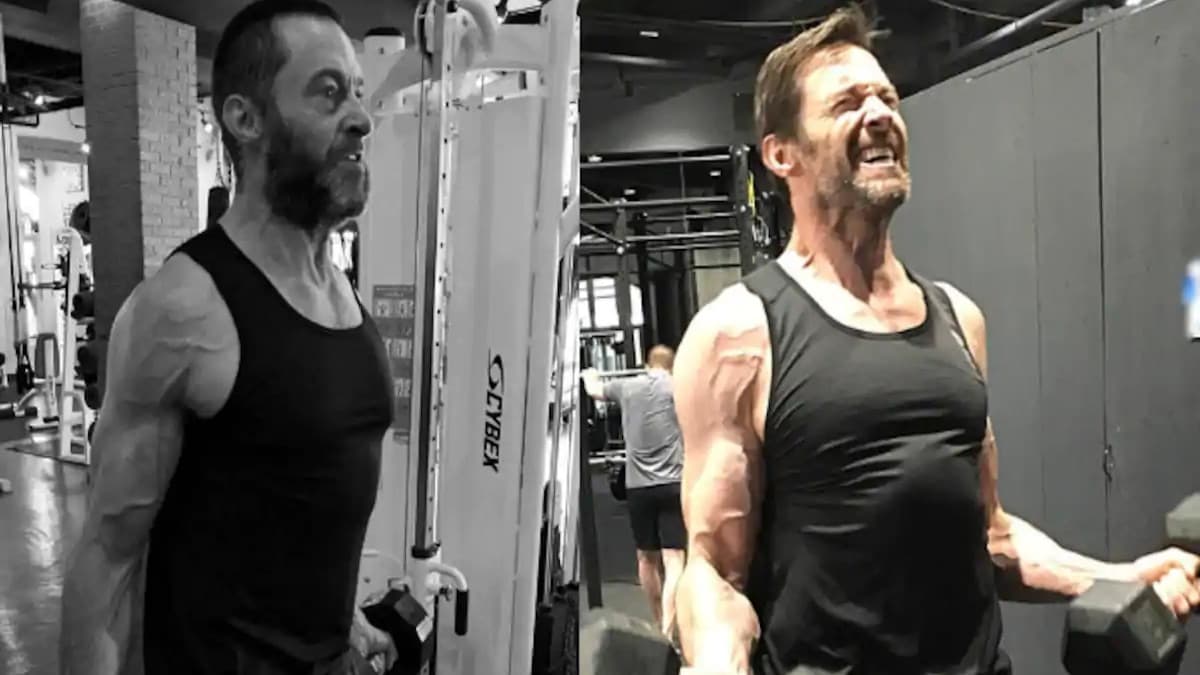 Hugh Jackman Workout for Getting in Shape as Wolverine

Even if you are not a fan of superhero movies, you probably know about Hugh... Read more